"The October night feels cold with a wind blowing in from the west. She looks up and around to see the stars cast against the deep dark indigo and the sliver of a moon. Jeanine wishes she could remember what Martha, her mother-in-law, told her about the moon in its early cycle. The beginning or the end of something. Yes. Yes, that’s right. The beginning or the end, but which one? On the distant horizon, the dark mass of a storm moves in."

"The world around her looks blurred now. Tears have sprung, pooled, and roll slowly down her cheeks. They hesitate for a moment on the cliff of her chin then fall, some hitting the ground with a tiny unheard splash, but others sinking into the thin cotton of her gown to feed her freeze."

A novel in e-book form by S.L. SCHULTZ 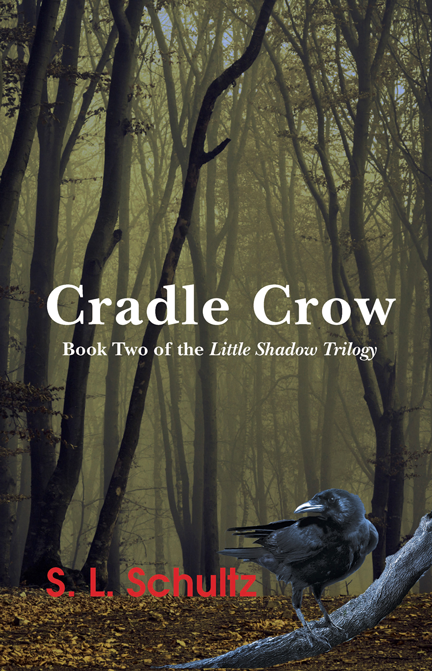 S.L. Shultz’s new novel Cradle Crow picks up in 2002, eleven years after her provocatively engaging suspense novel Little Shadow leaves off. The story unfolds with a prologue detailing the 1981 heinous murder of Jeanine Becker in the tiny Midwestern town of Willis. Twenty-one years later, the case is still cold and Jeanine’s family determines to find the killer, but how? Will the lead detective acquiesce to their pleas and reopen the investigation? If not, will taking action into their own hands prove too risky?
As Billy, Brenda, and Martin mourn the anniversary of Jeanine’s death, a chain of events links to the killer. One woman, Lola, seeks safety from abuse; one child, Jimmy, fights to discern the difference between right and wrong; and Lily Rose, now sixteen, tall, thin, with honey-brown hair and blue eyes teeters on a desperate fall into womanhood. As crows gather and their caws echo, intents collide and alliances build.
Sensing his days of freedom may be numbered, the killer chooses to wreak more havoc before he flees. In a rain of autumn leaves beneath the full moonlight, synchronicities work in the killer’s favor. Over the course of three short but harrowing days, parties join forces to bring the killer to justice, but will his own clever and devious plans prevail?
Cradle Crow explores adult themes. 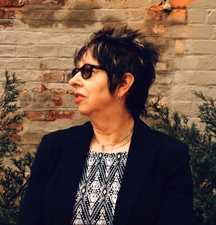 Author S.L. Schultz’s body of work includes poetry, prose, plays, screenplays and novels. Her plays have been staged in San Francisco and Chicago, and she has published short works. She lives in Michigan where she teaches English Composition and Creative Writing in area colleges and correctional facilities. S.L. Schultz is a graduate of California State University, Long Beach.
Cradle Crow is her second published novel and book two of the Little Shadow Trilogy. Her first novel, Little Shadow, was published in 2014.