Brenda places the glass of beer and the can down, and turns to pull out the letter from behind the canister. The delicate paper wavers in the air like wings as she hands the letter to James. "It's from Billy. It came yesterday." James reads:
Dear Brenda. I'll be home on June seventeenth to straighten this mess out. You and James should get your things in order. I don't know why you two did this to me, but you're going to pay. There's no way out, Bren. No way out. Justice will be served. —Billy.

A novel in e-book form by S.L. SCHULTZ 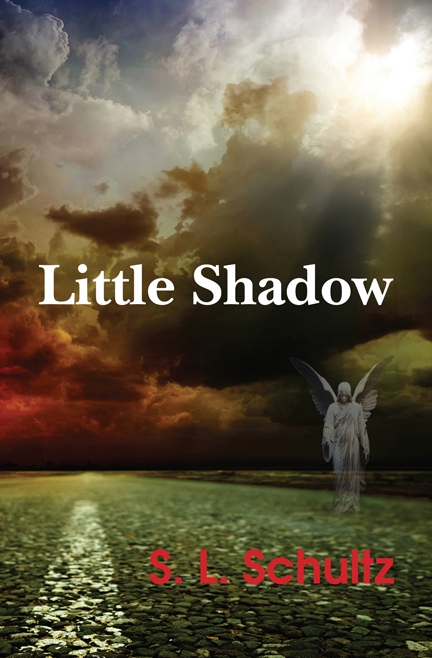 June 1991. A small town in the American heartland. A painting falls off the wall of the Becker family homestead. Drawing upon folklore, the matron interprets this event as a sign of impending death. The fleeting appearances of angels bear witness to the omen. Someone within the family circle will die over the next few days. Who will it be? Billy Bagwell, a Marine sniper, has just returned home from the first Gulf War wounded and shell shocked. On the day of his injury, he received a letter from his wife, Brenda. Bagwell had been heading out on a combat mission as he opened the envelope.

Dear Billy, it began. Not honey, darling, sweetie, or babe. There is something I've got to tell you. Bagwell hopes she is writing to him about a wonderful surprise. It's not easy. It's not easy at all. A prickly fear crawls slowly up his back and cloaks him. Is she sick? Is something wrong with Lily? Has someone dear to him died? I don't love you anymore. Shaking his head in disbelief, he reads these words again. I don't love you anymore. His eyes race over the remainder of the letter, and then he drops his head into the cup of his hands to cry. But the tears won't come.

Lifting his head, as the reality of the Dear John letter sinks in, he peers into the raging sandstorm on the Arabian Desert. His wife, Brenda, whom he loves dearly, has taken up with his best friend, his blood brother, James. Visibility in the howling sandstorm is reduced to silhouettes. Human forms appear like ghosts hovering above the ground, moving in and out, to and fro. More than anything, he wishes to see among the forms that of his little girl, Lily, dancing to him, her arms lifted gracefully overhead, her blue eyes, his eyes, shining like sapphires. Instead, his fellow jarheads pace as they wait for the action to grow closer and their own involvement to begin. The distant explosions of rockets punctuate their movements.

Could this love triangle prove deadly to Billy, or James, or Brenda? Or could tragic fate befall Peter, inching his way out of the closet for the first time? His fugitive partner, Todd, fresh from filming Boy Toy #65, pulls Peter into the dark world of pornography. Maybe Peter's controlling father, Martin, will die, still devastated by the brutal murder of his wife ten years before. Or could it be Martin's brother, Sammie, struggling with the dark reminders of his combat duty in Vietnam? Could it be the child, Lily Rose, running blindly for safety, or the matron herself, fighting to alter the prophesy that the fallen painting has foretold? As thunderous storms roll across the landscape, tightly coiled tensions reach a breaking point.

Little Shadow is an exquisitely detailed, intricately layered tale of love, lust, longing, lost innocence and remorse, seen through the eyes of flawed characters struggling to come to terms with the mistakes they made and the wrongs endured at the hands of others. Long-building frictions calamitously spark and ignite life-altering consequences over the span of three climactic days after wounded Billy comes home seeking retribution. Although driven by a strong sense of loyalty and duty, Billy struggles with his own demons, seeking absolution from the deeply seated moral guilt that has plagued him since his experiences as a Marine in Operation Desert Storm. 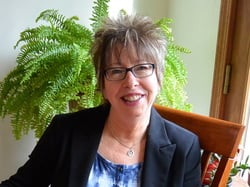 Author S. L. Schultz's body of work includes poetry, prose, plays, and screenplays that explore the rhythms, dynamics and depths of human emotional interactions. Her plays have been staged in San Francisco and Chicago. She lives in Michigan where she works as an adjunct professor of English, teaching and tutoring composition, while designing and facilitating academic workshops.
S. L. Schultz is a graduate of California State University, Long Beach. Little Shadow is her first published novel, and book one of a trilogy. Visit her website to learn more about her.
Buy now