Annals of the Omega Project

"They have killed Bonny," whispered Michelle, one of the main characters. "They have ripped her mind apart."
"There is no way that Bonny alone could have projected that scream so far. It must have been amplified by the Coven," Ken replied.

Annals of the Omega Project 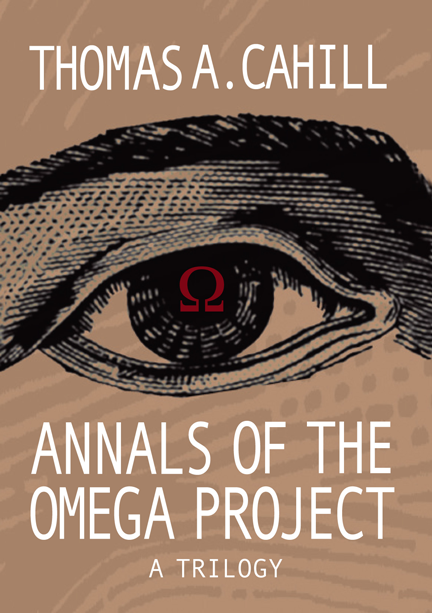 Annals of the Omega Project — A Trilogy describes what happens when a group of scientists investigating the beneficial powers of telepathic energy comes under savage attack by ruthless Coven members who subject their hapless victims to ancient mind-control techniques.

The story begins on an airline flight from Sacramento to Denver, when Professor Ken O'Neal discovers he has a telepathic and loving connectedness with flight attendant Michelle Kolberg. Believing that other "sensitives" probably exist in their midst, the two of them embark on the formation of a group of "like" minds they call the Omega Project at a University of California campus.

The Omega Project's benevolent communication is suddenly threatened by powerful people in San Francisco — older men in secret Covens who trap their telepathic victims and perform horrifically lethal "feedings" on their brains to enhance their own powers of domination. A "feeding" on the brain of a university student named Bonny ignites warfare between the Coven and Omega members, with gruesome fatalities.

"They have killed Bonny," whispered Michelle, one of the main characters. "They have ripped her mind apart."

"There is no way that Bonny alone could have projected that scream so far. It must have been amplified by the Coven," Ken replied.

After the Omega Project members learn about the upper echelons of the Covens' hierarchical structure in Europe, they are forced to go underground.

Fearing the power of the Omegas, the Covens recruit Gypsies, some of whom they casually sacrifice in elevating their heinous plans to attack and execute Omega members. Furious, the Gypsies reluctantly realize they must reconsider their alliances. The Gypsy clans cautiously develop trust and ultimately help Omega launch a counterattack against the Covens, despite knowing they must face the evil Emil, who is powerful enough to kill by thoughts alone.

Thomas A. Cahill was a professor of physics at the University of California, Davis. His early work at UCLA, in France, and in Davis, California, was in nuclear physics and astrophysics, but he soon began applying physical techniques to applied problems, especially air pollution. His data in 1973 on the impacts of airborne lead was instrumental in the adoption of the catalytic converter in California in 1976. He proposed and supported the law to lower sulfur in gasoline in 1977. He was director of both the Institute of Ecology and the Crocker Nuclear Laboratory, where his pioneering work included nondestructive analysis of ancient documents. He spent the following 20 years designing, building and running the aerosol network to protect visibility at U.S. national parks and monuments — now the national IMPROVE program..
In 1994, he founded the UC Davis DELTA Group to investigate two areas of concern — aerosols and global climate change — for the National Science Foundation (NSF) and the National Oceanic and Atmospheric Administration (NOAA). Additionally his group analyzed aerosols and human health impacts for the California Air Resources Board, American Lung Association, and the Health Effects Task Force for Breathe California of Sacramento — Emigrant Trails. Because of this health-related work, a U.S. Department of Energy colleague asked Cahill and his team to evaluate air at the excavation project following the collapse of the World Trade Center towers in the autumn of 2001. Cahill was among the first to warn that workers at the site were at risk of serious health threats from the toxic metals in the air. While he was the author or co-author of hundreds of academic articles and book chapters, Annals of the Omega Project — A Trilogy was his first work of science fiction.
In the autumn of 2018, about nine months after publication of his autobiography Critical Masses: Exposés of a Catholic Nuclear Physicist, Tom was diagnosed with myelodysplastic syndrome (MDS), a bone marrow failure disorder that interferes with the ability of the marrow to produce healthy blood cells. In the spirit of scientific inquiry, he took part in a clinical trial that helped slow but was unable to halt the progression of the disease. He died on May 1, 2019, at age 82.
Buy now

Annals of the Omega Project — A Trilogy is available exclusively in digital (e-book) form for Amazon Kindle, Barnes & Noble Nook, Apple iPad and other electronic tablets.